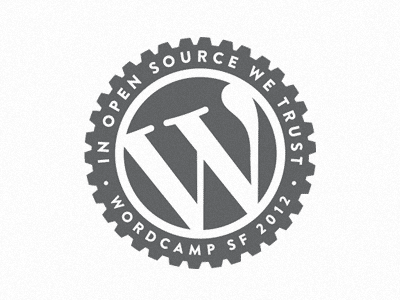 The slides from many WCSF presentations are available online, and by now the videos have been posted at WordCamp.tv. I’m going to embed slides unless the slides aren’t available.

Something had sure made Chris himself faster, as this presentation was delivered at high speed. His energy helped wake us all up. These are not advanced techniques, but if your site is running slowly, you should check to be sure you haven’t overlooked any. I can’t find the slides (perhaps because Chris didn’t get through them all), but the video is worth watching.

Iliya shares the secrets to WordPress.com’s ability to stand up to the huge demands placed on it. Unfortunately, you won’t be able to use these techniques unless you run your own server. ISPs should take note.

Another presentation on the subject of speed. I didn’t see it, so can’t comment.

bbPress is the software that runs the WordPress.org support forums. Originally a separate project, it’s now a WordPress plugin, and it integrates seamlessly into any theme. The Oprah references were hilarious, though probably some kind of copyright violation.

Paul Gibbs: The State of BuddyPress

BuddyPress has come a long way. The most exciting news is that as of 1.7, you’ll be able to use any theme with BuddyPress. That will make all our lives easier.

The State of BuddyPress – 2012 from DJPaul

This is one of the main things everyone goes to WCSF to see: Matt Mullenweg’s State of the Word speech. It was the only presentation that lasted more than 15 minutes.

WordPress State of the Word 2012 from photomatt

Isaac Keyet: The State of Mobile

This is not about mobile design, but rather about the mobile apps that WordPress produces. While the new iPad app is very pretty, I was disappointed to learn that there are no plans to expand what you can do with them, so you still can’t use them to edit or create custom post type items. That makes a responsive admin for WordPress all the more important.

State of Mobile from Isaac Keyet

Ryan Imel: The State of Themes

Ryan Imel is the founder of WP Candy, and he was live-blogging the event except when he was speaking. The presentation provides a brief history of WordPress themes, and in particular WordPress default themes, as well as the tools that WordPress.org makes available to theme developers to help them get it right.

Drew Strojny: How Not to Design a Default Theme

This was the story of the genesis of the new Twenty Twelve default theme, told with considerable ironic humor. Twenty Twelve is both fully responsive and safe to view on a Mac retina. Check out the demo on WordPress.com.

Since I’d seen Sara Cannon’s talk on responsive design at WCSF 2011, I knew this would be good. There was quite a bit of new material in it, too. Watching Sara speak is always a bit disconcerting, since she looks like she’s about twelve, and the little-girl voice doesn’t help. Don’t let that put you off, though, because this is one highly competent woman.

Mika Epstein, better known as Ipstenu, has helped countless people (including me) with WordPress problems on the WordPress.org support forum. This presentation helped her get a new job doing WordPress support for Dreamhost. Yay, Mika!

Adii Pienaar: The Business of Code

This talk was packed, and I would have liked to see it, but it happened to be at the same time as Ipstenu’s presentation, and there’s only one of me. Good thing these presentations are all recorded. The slides by themselves don’t provide that much insight: it’s the details and the Q&A that are interesting. Significant quote: “There’s no such thing as easy money in WordPress.”

I thought this was really interesting: it’s about using the parent-child structure of pages for post types, so that your custom post types can have sub-types. (That’s different from simply making your post type hierarchical, which lets you arrange the individual entries in that particular post type the way you do pages.)

Scott Kingsley Clark: All You Can Eat Content Types

I didn’t see this, because by this time I needed a break.

WCSF 2012 – All You Can Eat Content Types from Scott Clark

Andy Peatling: Mistakes I Made Using jQuery, and How to Avoid Them

I should probably watch this, since I’m a tyro at jQuery, and likely to make those mistakes.

Mistakes I made using jQuery, and how to avoid them. from apeatling

I didn’t see this one either, but had heard of Hello Bar.

Matt Perry: The Story of Grist

Grist is a climate change blog that went from Expression Engine to WordPress VIP.

Ilya Grigorik: Measure All the Things

A lot to take in, isn’t it? Since there were two tracks (with no particular logic to what happened in which room), everyone had to miss at least half of them, and I was worn out and brain-fried by the last session.