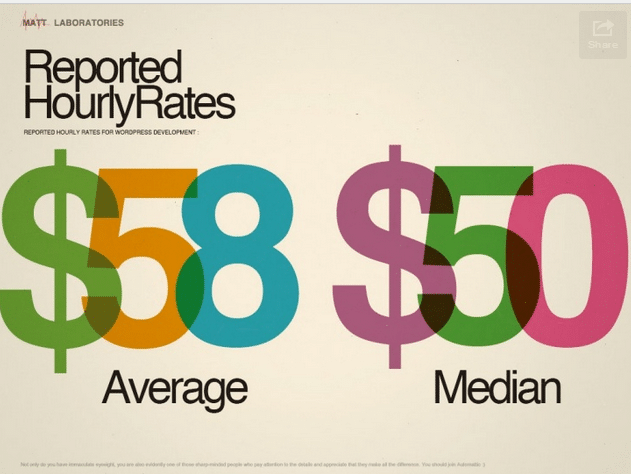 Sallie Goetsch compiled these slides with statistics about the WordPress economy as an introduction to the panel discussion about why running a WordPress business might be different running any other web design business. (One thing that the slides make clear is that even on the lowest-paid job sites, Drupal pays better than WordPress.)

Among the statistics presented: 36% of the respondents to the 2011 WordPress Foundation survey described themselves as self-employed WordPress developers. The reported hourly rates for their work were between $5 and $2000 per hour, with a mean of $58 and a median of $50. The cost of a small business site is between $2000 and $4200, according to this survey (though other sources put setup and customization cost of a WordPress site between $1500 and $15,000, while DoNanza’s average WordPress project in 2010 came to a paltry $455).