Here are a few of the things we discussed in the Q&A at the May 15th East Bay WordPress Meetup.

Bob H (who would like to start a North Bay/Marin WordPress Meetup—contact him through our Meetup.com site) asked about backup plugins. My favorite is BackupBuddy by PluginBuddy (the iThemes people).

It’s dead easy to use, it backs up EVERYTHING, and it includes painless restoration and even migration to a different host, which is great for developers. It is a commercial plugin, which means you have to pay for it: $45 for 2 sites, $75 for 10 sites, $150 for a developer’s license (unlimited sites). And no, that’s not an affiliate link up there. (Because I’m an idiot, obviously.)

A free plugin that tries to do the same things, and manages most of them, is BackWPUp. It backs up both files and  databases, on a schedule, to destinations like Amazon S3 and Dropbox. 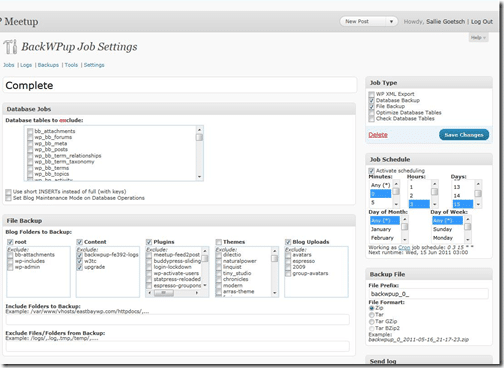 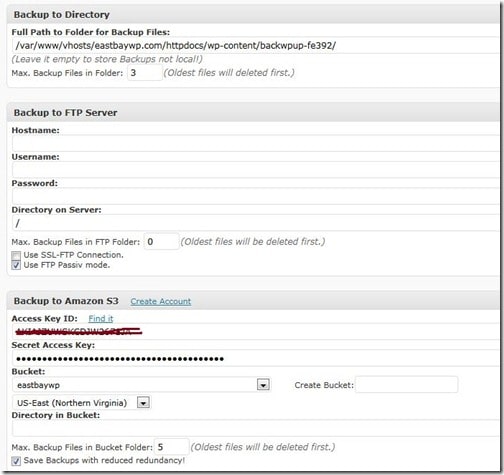 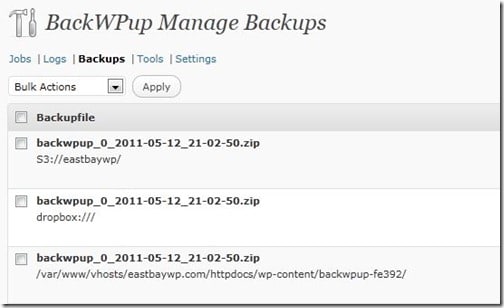 Publishing WordPress to the Root Directory

No one at the meetup had actually used it—if you have, leave a comment. Builder is a tool designed to allow non-coders to create their own themes by dragging and dropping different elements. There are a number of pre-designed child themes available, or you can create your own. For those who may be wondering, as Bob did: no, you can’t buy a child theme on its own. A child theme only works if the parent theme is installed.

Another system similar to Builder is Headway.

These tools can be great for those who don’t know HTML and CSS. But they do have limitations. You can’t import existing themes or Photoshop designs into them, for instance. And unless you DO have designer/developer skills, sites built with them have a tendency to look alike because of the limited number of elements included for mixing and matching. It would probably be good to have a meetup specifically centered around WYSIWYG theme building tools. We had someone volunteer to demonstrate Headway a while ago.

Someone asks about Woo Canvas framework, which lets you customize your site design, though not with quite the same drag-and-drop interface as Builder or Headway. Some of us aren’t that fond of the way Woo insists on proprietary ways of doing things that run counter to the way WordPress naturally does them, but no one had direct experience of Canvas either  negative or positive. (One of my own concerns about themes like this is—do you want your clients to be able to mess with it after you build it?)

Anca points out that there is actually a WordPress theme called Wu Wei, after the Taoist term meaning “acting without acting.” Which is not precisely the Woo Way.

Displaying Posts from One Blog on Another

Shari has two WordPress site, one with pages (converted from HTML site) and a blog. She wants posts from a certain category on the blog to show up on the other site.

You can do this with RSS. First, find the category feed, which usually looks something like “<domain name>/<category slug>/feed”. Stephanie Leary has a terrific list of the hidden feeds of WordPress on her SillyBean.net blog, if you’re not sure where to find the exact feed you need.

There are plugins to help with this, for instance SourcedFrom (install on the site you want to import to) and Embed RSS.

Update May 23, 2017. Both those plugins are now out of date. Have a look at Feed WordPress, WPeMatico, or RSS Post Importer instead.

How Do I Get Archive Pages to Show Full Posts?

Well, you could edit your functions.php file or your template files, but since you’re now using Twenty Ten, an easier option is to install Weaver and adjust the settings there. Weaver started out as a child theme of Twenty Ten and evolved into a a stand-alone theme. You can modify it with several existing skins or keep it looking just like Twenty Ten, but with lots more theme options. I built the Instill Leadership site with 2010 Weaver. 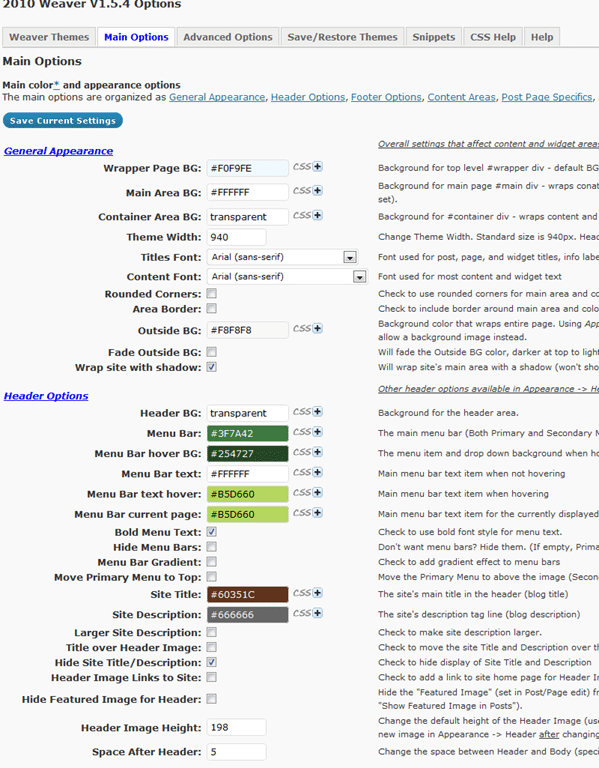 (There are more options where those came from.)

Michael Enslow asks whether  you can share the menu from the main site in a Multi-site installation to the subdomain sites?

Right now, no, though you can export and import menus (along with the rest of your content using the regular exporter, or as a custom content type).

Eric Reynolds says global menus are in the works for a future version of WordPress, but I don’t see it in the Version 3.2 feature list.

Last month, Pieter Hartsook had an issue with two Facebook plugins on the Being Elmo website. Facebook Grabber and Embed Facebook were both using the same variable name, which caused a conflict. (Note to plugin developers: please use unique prefixes on your variable names.) Anca renamed the variables and the plugins worked. Here they are in use: 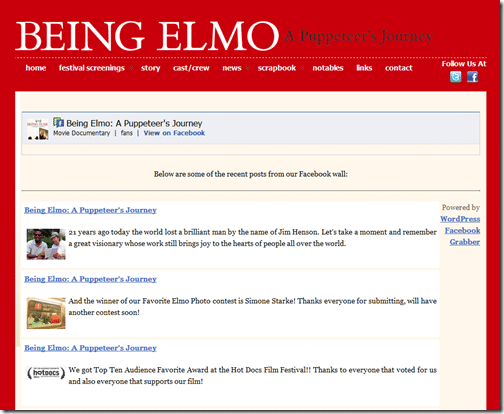 Facebook Grabber: Wall Posts from the Being Elmo Fan Page. 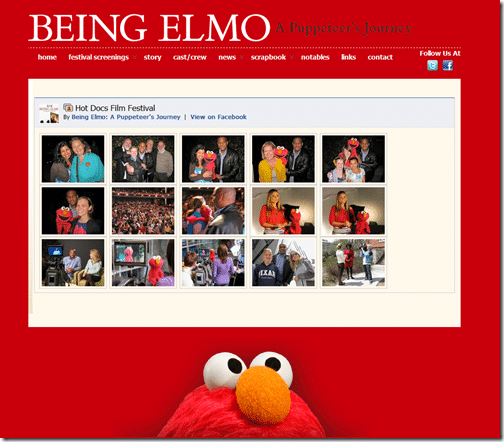 We did a meetup on gallery and slideshow plugins in 2009, and it’s probably time to do one again. Anca has also suggested that we also do a meetup on integrating WordPress with Facebook, Twitter, and other social networks.

At some point Judy asked about embedding YouTube videos. This is easier than many people know, thanks to the oEmbed function introduced in WordPress 2.9. All you need to do is paste the link to the YouTube, Vimeo, etc video on its own line in the HTML editor (sometimes the visual editor will wrap it in link tags, which you don’t want) and WordPress will automatically embed the player, sized to fit your content window. We talked about this at the January 2010 Meetup and you can read all about it in the WordPress Codex.

Now, if only embedding audio were that easy! You can use the Audio Link Player plugin to convert all links to MP3 files into players. Note that you will be nagged mercilessly for a donation if you do.

That’s all until next month!
Sallie